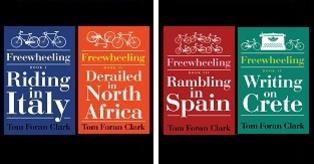 Meet Jacob: human, husband, curator of relics, fool, father of two. As his daughter tells it, “I wished my father would change the world and fix every broken thing. But oh no – no, not him."

The characters in the stories of "The House of Great Spirit" all seek a paradise of one kind or another but have to make do with the world such as it is.

…is an obscure, meandering recluse who lives like a hermit crab under a rock, in California. He has written several books, including the novel "Jacob's Papers"; a collection of short stories, “The House of Great Spirit”; “Freewheeling” (an adventure fiction series in four parts); and “The Significance of Being Frank”, a biography of the 19th century social justice advocate Franklin Benjamin Sanborn.

Read "Freewheeling" in four parts. Follow the adventures of Pike and Emery, "Two Vagabonds on Bikes," who ride from Northern Italy down to Sicily, across North Africa into Spain and, further down the road, to the island of Crete.

Kenneth Lanxner at "Lives: The Biography Resource" called "The Significance of Being Frank: The Life and Times of Franklin Benjamin Sanborn" "a rare biographical gem." "This elegant and evidently well-researched portrait gives us insight into Sanborn, who was at Concord with Thoreau and Emerson and was confidential advisor to John Brown." 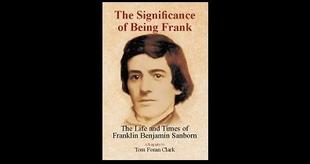 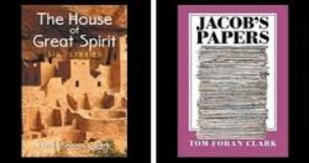